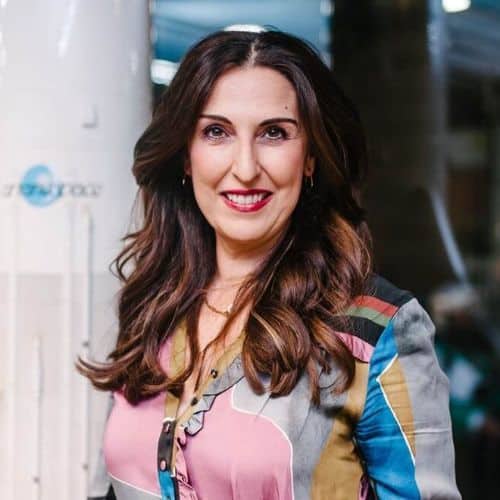 Member of the Expert Group at The Global Partnership on Artificial Intelligence (GPAI), an OECD and G7 initiative for AI, Inma Martinez advises leaders in business and government on how to turn digital transformation into competitive advantage and contribute to societal progress.

"Blown away by Inma Martinez’s keynote. The most wide ranging insightful provocation on the power of tech and neuroscience to forge a new human renaissance."

"Inma has been able to convey a vision of the future for our sector in such an engaging manner, connecting to our various client territories, UK, Spain and Italy, where their feedback was extraordinary."

"Your keynote was greatly appreciated by our business associates as you provided a critical and in-depth understanding of how technology is transforming the very nature of business. You helped us recognise the need to place a greater emphasis on digital evolution with transformation and development becoming one of the key pillars of the Bank. I thank you for an insightful and dynamic presentation."

"Very impressed with her particular way to deliver her discourse, mixing visionary materials and a very pleasant and engaging articulation which allows the audience to understand and picture in their minds the meaning of her messages."

"Fantastic contribution to this year’s New Mobility World and IAA Conference in Frankfurt. We are thrilled that you played an active role in shaping this important network and dialogue around the future of mobility."

Progressing her previous careers in investment banking and telecommunications towards technology entrepreneurship, she is recognised worldwide as one of the leading entrepreneurs who pioneered the creating and emergence of digital technologies like the mobile internet, music and video streaming, the connected car and smart living. Her unique experience has allowed her to become one of the most sought-after experts in forecasting digital disruptions and revealing the potentiality of A.I. and other transformative technologies.

Since 2001 Inma has provided expert testimonies across various technology boards at the European Union. She has combined her career in innovation with prestigious government appointments in the United Kingdom (at the Trade & Investment agency and at the Innovation Fund of the Department of Sport, Media and Culture) and Spain (State Secretariat for Artificial Intelligence at the Ministry of Economy and Digital Transformation). She has also advised the Malaysian government’s Sarawak Centre of Performance Excellence on digital transformation strategies for both civil society and government-owned businesses. In March 2021 she was appointed to the GPAI’s Innovation and Commercialisation of A.I. Task Group.

For over ten years she has committed her time to education at various business schools (Imperial College London, University College London, and the University of Loyola Spain) and to the mentorship of innovation at venture-focused acceleration programmes.

She has written two books: “The Future of the Automotive Industry” (June 2021) and “The Fifth Industrial Revolution: How Space Commercialisation will derive the Biggest Industrial Expansion of the 21st Century”. Both books focus on digital transformation and radical business models that are paving the way to a new concept of progress, competitive attributes and stakeholders’ values.

FORTUNE and TIME have described her as one of Europe’s top talents in social engagement through technology and FastCompany labelled her a “firestarter”. She was voted the “Best contributor to the formation of strategy” in the section “Driving the Future of Europe’s Digital Economy” at Bloomberg BusinessWeek’s European Leadership Forum: Charting the Economic Future of Europe, a conference for CEOs and government officials. 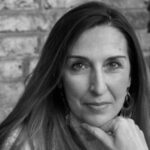 Inma Martinez – How to make digital transformation your competitive advantage

How A.I. can create Digital Transformation and Competitive Advantage

A.I. is a giant step beyond data analytics and statistics. It allows us to address Big Data at scale and to deal with its enormous complexities. It can not only create the automatization and optimization of processes, but also reduce human errors where it comes to precision and detection. Best of all, A.I. predicts future outcomes.

It can perform on-demand and in real-time, as well as run 24/7 as an automated system. It has been trained to deliver what we ask of it. It can also reveal what we are unaware of. This is why it has become the ultimate tool for all sectors and industries. A.I. has not created new human ethics, but it has highlighted the need for them in the 2030 society.

“The future of” series in the Digital Economy

Since 2011, digital technologies and Big Data have become the most powerful competitive attributes in every industry. They have become the agents of radical shifts in business models and forced many sectors to venture into new unchartered territories.

Business is no longer “as usual” and disruption is the new norm. Going against the grain, some big and small players have paved the way and showed the markets that digital assets and unbridled creative thinking are the best combination to create innovation and respond to market challenges with agility.

The Future of Work in the A.I. Automated Society

2020 represents the end of the era of IQ and the evolution of human capital towards EQ. Because we will derive all that is quantifiable and computational to intelligent systems, even our cars, or the energy management of homes, workforces will be challenged to solve problems via creative approaches, creative thinking, and blue-skies imagination.

The future is one where human factors and ergonomics will force businesses to take human centric approaches, and these can only be generated by neotenic human minds. In the next ten years, the old paradigms of fixed working hours, job titles and linear career paths will be abandoned in favour of flexible schedules, goal-oriented participations and lateral career moves within the same organisations.

How do you deliver “human experiences” when you sell products and services to the masses? Digital is an intangible abstract environment, yet it offers unique opportunities for the personalisation of products and services, with deeper emotional connections than some analogue contexts can offer.

Digital transformation and the rise of Big Data are beginning to be adopted by small and medium sized enterprises as part of their digital transformation roadmaps. In order to stay competitive, SMEs need to become aware of the potential that AI can bring to their organisations, even when they do not process Big Data.

5G and Edge & Cloud Computing: The Internet of Everything Revolution

Edge and Cloud computing infrastructures are the pillars of the next technological advances. Thanks to them, the development of the Smart Society will derive a complete upgrade of sectors such as healthcare, urban development, automotive, energy, financial services and many more.

When the informational value of everything that exists around us is made available to us thanks to sensors, edge computing will gather and process this data allowing us to detect, predict, optimise and automate many tasks.