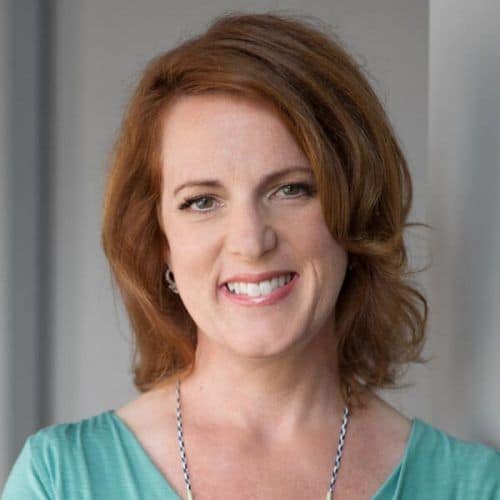 Expert on the powers of disruption, and the ways to grasp the opportunities of change, starting with the personal

Ranked No. 8 Thinker in the 2021 Thinkers50 in management and business, Whitney Johnson is an expert on disruptive innovation and personal disruption. Her presentation, ‘Disrupt Yourself®: Putting the Power of Disruptive Innovation to Work’ explores the simple yet powerful idea disruptive companies and ideas create impact and upend markets by doing something truly different.

"I have used the word ‘disruption’ to understand how some companies blossom while others wither. Whitney has applied the word in a new context, to understand why some individuals succeed in remarkable ways."

Recognised as one of the 50 leading business thinkers in the world since 2015 (Thinkers50), Whitney Johnson is an expert on disruptive innovation and personal disruption, specifically, a framework which she outlines in the critically acclaimed book Disrupt Yourself: Putting the Power of Disruptive Innovation to Work.

She is also the author of Dare, Dream, Do: Remarkable Things  Happen When You Dare to Dream. Her latest title, Build An “A” Team: Become a Boss People Love, will be released in May 2018 by Harvard Business Publishing.

Whitney developed her proprietary framework and diagnostics after co-founding The Disruptive Innovation Fund with Harvard Business School’s Clayton Christensen. The framework is complemented by a deep understanding of how executives create and destroy value, having spent nearly a decade as an Institutional Investor ranked equity analyst on Wall Street.

In addition to her work as a speaker and advisor, Whitney is one of the original 25 people who was involved in Marshall Goldsmith’s #100 Coaches Project, she is also a coach for Harvard Business School’s Executive Education program, frequent contributor to the Harvard Business Review, is a Linkedin influencer, and hosts the twice-monthly Disrupt Yourself Podcast.