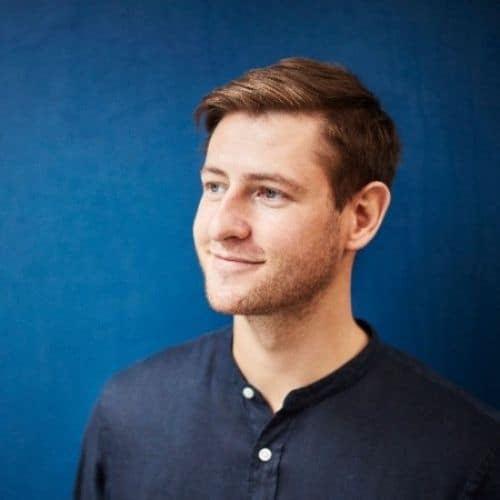 Arthur Kay is an award-winning urban designer, entrepreneur and academic exploring how we can create sustainable cities.

"I was captivated. I love hearing about engineering efficiency. [Arthur] articulated a worthy goal that others overlook."

"I am buzzing. A brilliant example of how to inspire and support innovation in this important area."

The Mayor of London

"Arthur gave a powerful keynote and chaired our session on climate change. He kept our audience on the edge of their seats."

Arthur is Founder and Chief Executive Officer of SkyroomTM, an urban development company that provides key urban workers with high-quality, low-cost, eco-friendly homes, near to where they work; Founder and Deputy Chairman of bio-bean®, a clean technology company that manufactures high-quality, low-cost, eco-friendly advanced biofuels and biochemicals, derived from waste coffee grounds; and Founder and Chairman of Fast Forward 2030TM, a think tank that helps solve the world’s biggest problems by inspiring entrepreneurs to use business as a force for good.

Arthur is Entrepreneur in Residence at The Institute for Global Prosperity, University College London, and a Visiting Lecturer at The Institute for Sustainable Resources, University College London, and The Dyson School of Design Engineering, Imperial College London. He has advised organisations on sustainability, design, engineering and entrepreneurship, including The United Nations, The Royal Academy of Engineering, Wired and The Department for Business, Energy and Industrial Strategy.

Arthur has won numerous awards including being a Forbes Magazine’s 30 under 30 All Stars Alumni. He is a United Nations Sustainable Development Goal Pioneer, was named Sustainable Business Leader of the Year by The Guardian and Entrepreneur of the Year by both Business Green and Shell. He was appointed as a London Leader by the Mayor of London and 25 under 25 by The Evening Standard.

Arthur and has been featured in and written for publications including The Guardian, The Telegraph, The Times, The Week, The Huffington Post, Wired, Forbes, Monocle, The Architects’ Journal, The Architectural Review, National Geographic, CNN, CBS, CNBC, BBC and The New Scientist. Arthur has spoken at conferences run by The United Nations, The Royal Society, The Economist, Intelligence Squared, TEDx, The Guardian, The Mayor of London.

Arthur studied architecture at The Bartlett School of Architecture, University College London, and entrepreneurship at The Stanford Graduate School of Business.